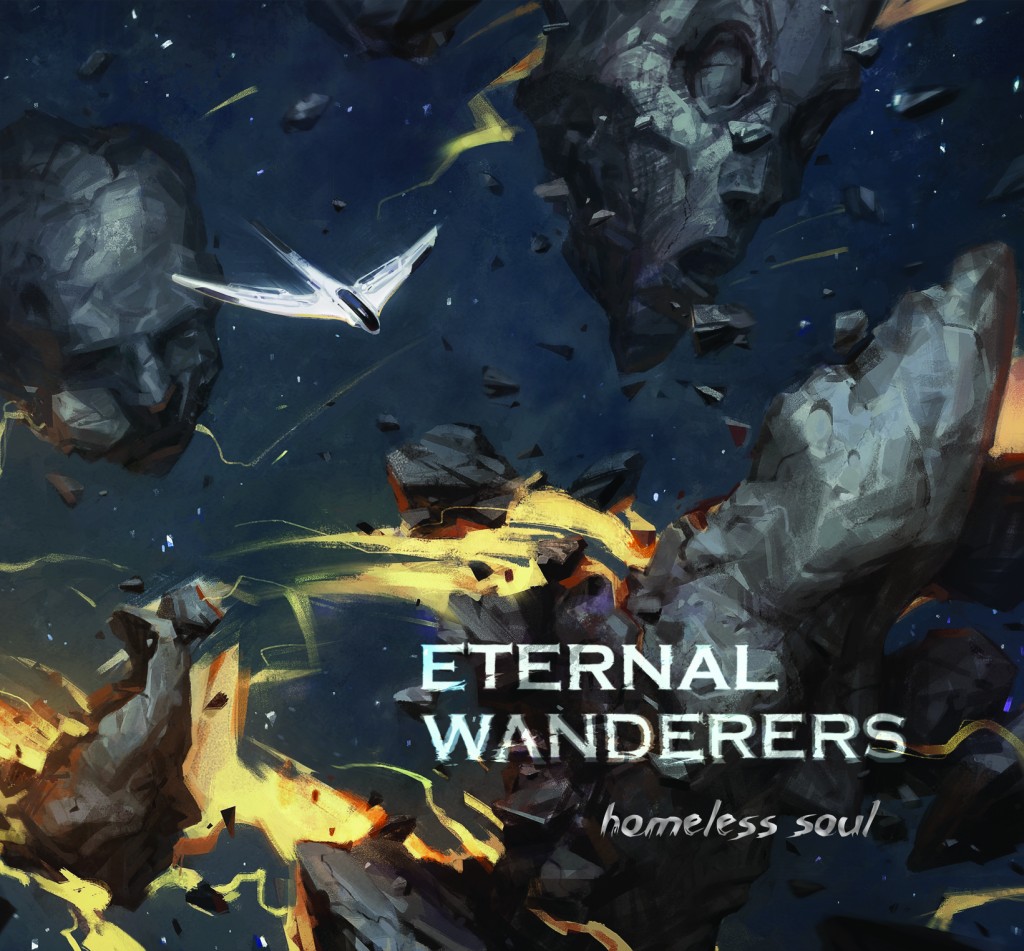 The story of the title song Homeless Soul, echoes of which can be found in some other tracks, is about the cataclysm that led to the death of the planet. Thousands of homeless souls were thrown into the cold silent space without hope of ever finding shelter and peace. The song is a monologue of one of them. You can imagine its state – endless horror, fear, confusion, a sense of hopelessness. And around it, a rain of asteroids – the remnants of a lost planet…

Many thousands of years, shrouded in mystery, the mountain rises. Immersed in silence, it contemplates what is happening around, and thinks about the all-powerful time to which everything is subject. But even time can never overcome light and love, as long as there are those who keep them in their hearts.
Lyrics>>>

She is the cosmos queen, her world os loneliness, her life is wandering. She is going into the unknown, drawn by a call from afar. She is young, and death will never come to her. She will wander like this forever.
Lyrics>>>

Like all living things, the cosmos is subject to changes that take place forever. Galaxies will collide, new stars will be born, and a new dawn will rise before someone’s eyes and strange flowers will bloom, long after we are gone…
Lyrics>>>

Space ballad, the moment of the meteor’s fall, captured in the mind.
Lyrics>>>

The Cradle of a Hurricane

The planet and nature are inseparable things, like processes inside a living organism.
Hurricanes are one of these phenomena that has mysticism and power, a cycle of life,
born in the illusory calm waters of the ocean.

I Wanna Give My Life for You

An excerpt from the story of the death of the planet, after which homeless souls scattered through space. The monologue of one who was confused and depressed, but a few minutes before death suddenly realized the craving for life in spite of everything…
Lyrics>>>

About the inner anxieties of a person against the background of a cyclical kaleidoscope of urban rhythm.
Lyrics>>>

A philosophical melancholy instrumental ballad about the search for the antiworld, for each one their own.

Voices for In Search of the Antiworld: Zhenya Kanevskiy, Kostya Shtatnov
Violin for Meteor: Andy Didorenko