So Far And So Near 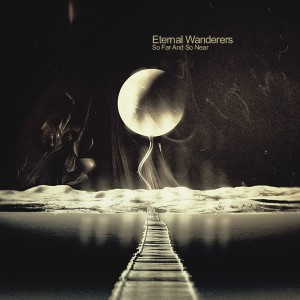 Sometimes dreams, visions, fantasy worlds, stars and galaxies seem closer than the human reality… This is the main idea of the composition “So Far And So Near”, and it has become the central idea of the Eternal Wanderers’ album of the same name.

The album contains 8 art/progressive/psychedelic rock compositions with total time 64 minutes. Many of them include the orchestral elements.
Within the central idea of the album the compositions touch such topics as the beginning of the World (“And The World Will Be”), beauty lost in wars of all times and sadness that remains (“Mounds”), thoughts about the Man and Fate (“Thread Of Love”), hardly amenable to reason energy of light (“Energy Of Light”).

The idea determines the mood of the music – from purely sad “And I Will Follow”, solemn “And The World Will Be” to expressive “Energy Of Light” and “As You Wish, I Care Not”.