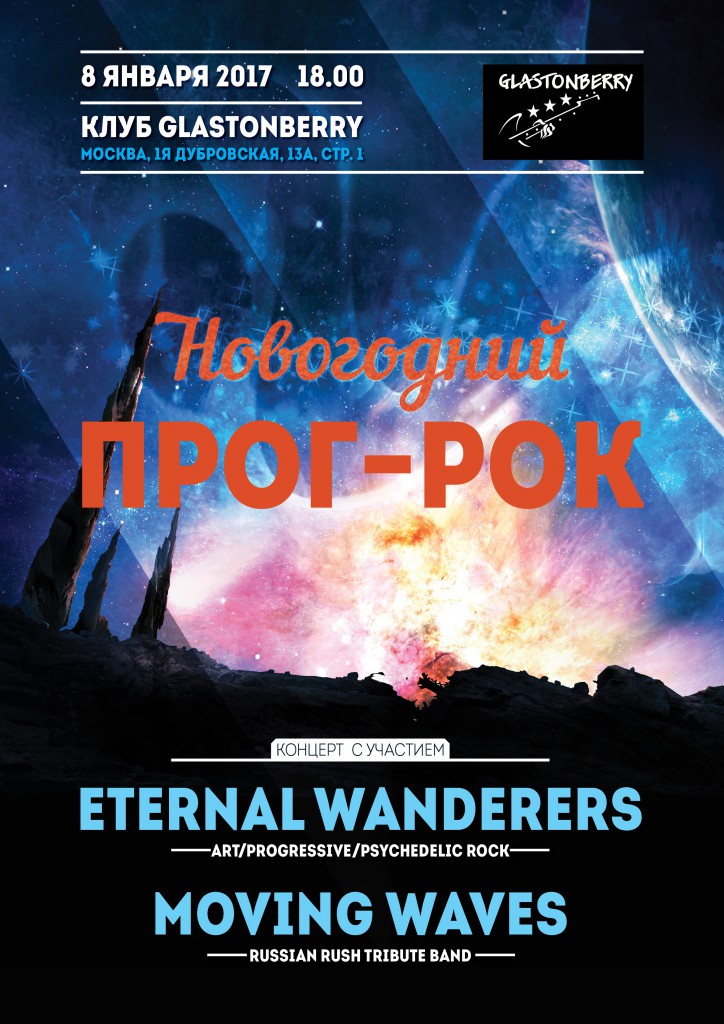 At the concert EW will try to share their musical concept, and also to support the overall Christmas mood)

MOVING WAVES was formed in 2016 and is a tribute project of the canadian band RUSH, widely known to fans of progressive rock.